NEXUS Automotive International has unveiled a ‘heavy duty’ series of initiatives to accelerate the development of its growing truck network.

The program, including a truckers’ app, a Train the Trainer scheme and dedicated road assistance, was revealed at the first N! Workshop Event.

The two-day event in Madrid was attended by 15 N! members coming from all over the world: from North America, to the Middle East, to Europe and Africa.

TheNEXUS team presented an overview of proposed and current truck activities, including:

A list of selected heavy duty suppliers was also given the opportunity to host a 40-minute workshop in which to showcase itself and its products to N! members.

The Forum was also attended by the Lion Truck racing team, supported by the NEXUSTRUCK network, which went on to compete in the final round of the prestigious FIA European Truck Championship at the Spanish city’s Jarama circuit.

Today’s N! heavy dutycommunity is made up of 42 N! members and 47 heavy duty parts suppliers, with a collective turnover of more than 3,200M€ covering 20% of N! volumes.

Gael Escribe, CEO of NEXUS, said: “The first event dedicated to the truck aftermarket was an unqualified success. A lot of hard work has been put into developing the truck network and creating new initiatives that will accelerate the N! heavy duty business. Like our members, suppliers and their customers - we are in it for the long haul!”

Baltasar Trenco, NEXUSTRUCK workshop concept project manager, said: “NEXUSTRUCK workshops are now well established in Spain and Portugal, and around the world other countries are also adopting the concept. Another exciting development, in Lithuania, is the creation of a NEXUSTRUCK shop network. Since we launched the concept it has gone from strength to strength, and it will only get bigger and better.” 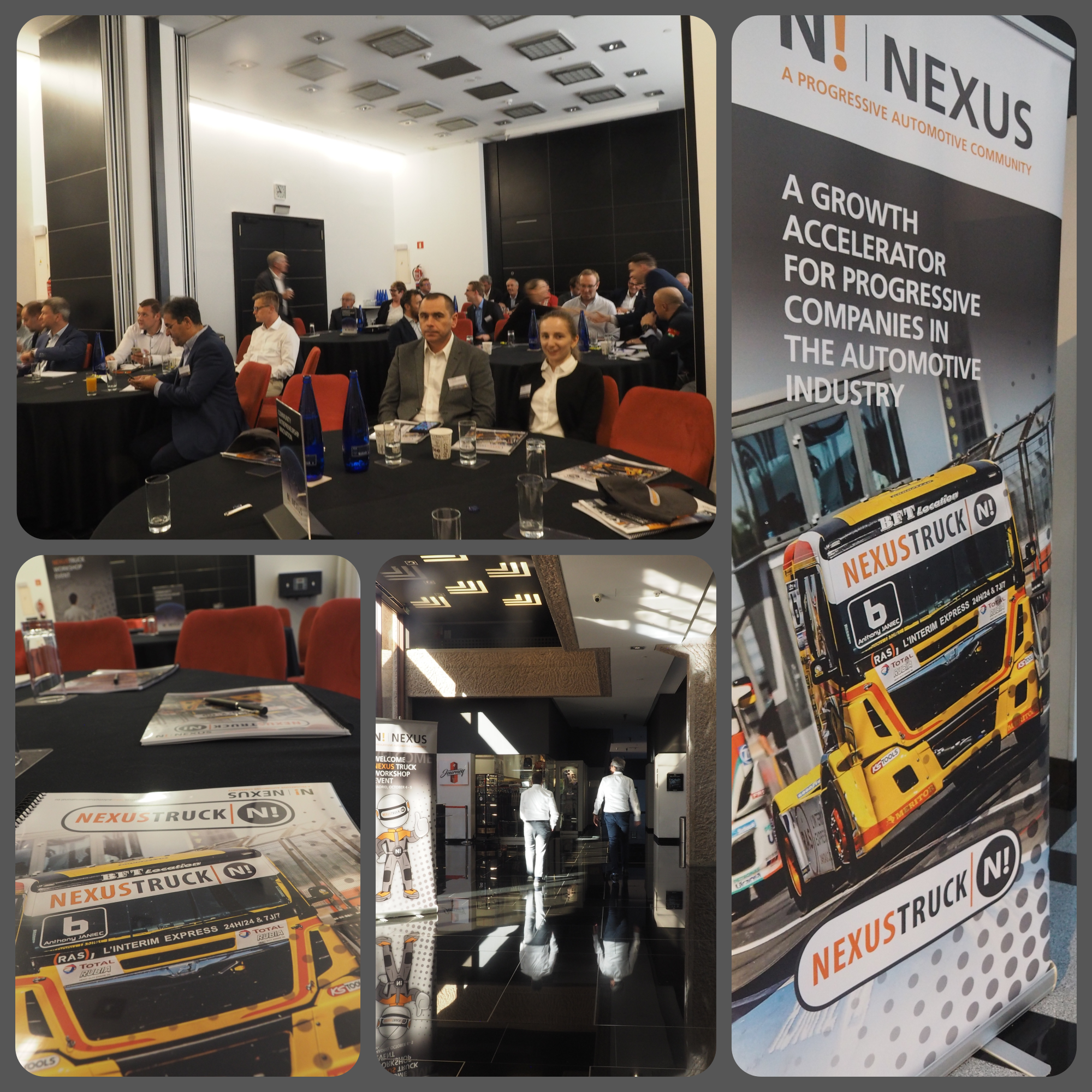